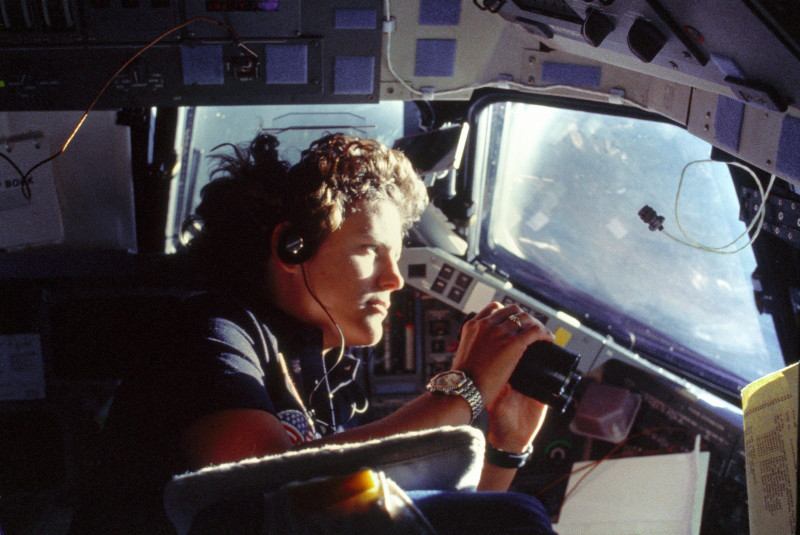 Perfect Time Ahead explores the commercial iconography that accompanied the development of watchmaking houses in the 20th century. The exhibition retraces, and is at the crossroads of, a certain history of watchmaking and its techniques, advertising and trade, photography and graphic design.

In addition to the technical virtuosity of the photographic reproduction of watches, photography has produced a remarkable corpus of images that has accompanied the development of watchmaking houses and contributed to shaping their image. The Photoforum proposes here a critical and contemporary re-reading of its history, by presenting original historical advertisements, in conjunction with a site-specific re-staging of these iconographies.

Recurring themes run through the history of watch advertising. First of all, the watch is a technical object, an indispensable tool for industry, whether it is a question of making trains run on time or winning a war. Advertising seizes on these achievements to encourage potential customers to wear on their wrists the tools whose performance goes beyond the simple indication of time. Space conquest, aviation or ocean exploration, which associate watchmaking with these human and technical prowess, are frequently represented in advertising. While developments in the watch industry have often proved decisive for these fields, watch companies have in turn used their figures – NASA astronauts, Pan Am captains or field scientists – as spokesmen. And suggested to the ordinary man to get closer to them by possessing the same wristwatch.

Sport in all its disciplines – from classical dance to tennis, swimming and mountaineering – is also a major theme in these advertising campaigns. The masculine and feminine bodies highlighted in these campaigns are adorned with the same qualities as watches: perfection, precision, strength and resistance. Political power, and more generally the ruling classes, also figure among the privileged subjects and watchmaking houses boast more or less openly to count among their customers crowned heads, influential politicians, stars and other prominent personalities.

Finally, some watch companies do not hesitate to position themselves on the major debates that affect society, such as gender equality, by using slogans such as “Equal pay, equal time”. Environmental issues have also been a theme since the 1970s, gaining importance when the conquest of the oceans or the air was gradually replaced by their protection.

Perfect Time Ahead is a part of Zeitspuren, a collaboration between the Photoforum Pasquart, the Art Centre Pasquart and the NMB New Museum Biel articulated around the topic of time and its passage.

This exhibition is made possible by the kind support of OMEGA SA and the Foundation Vinetum. 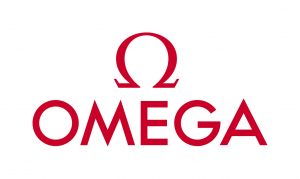 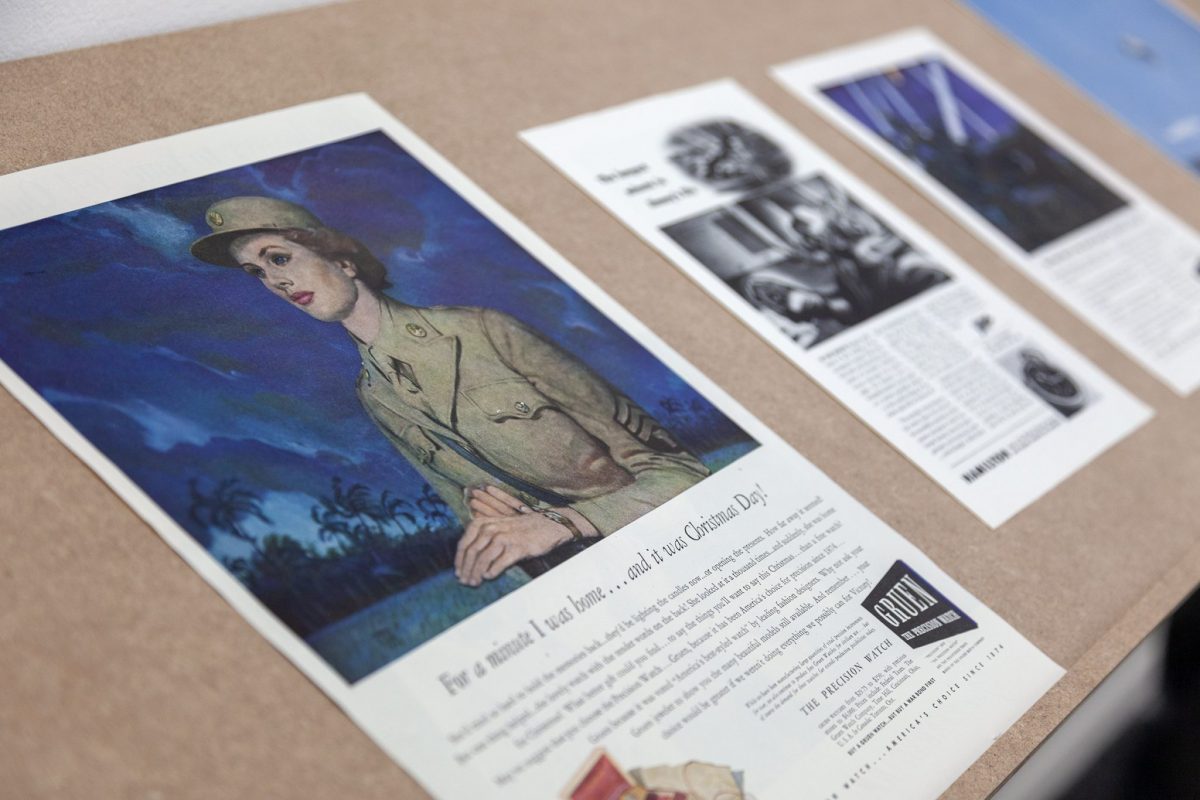 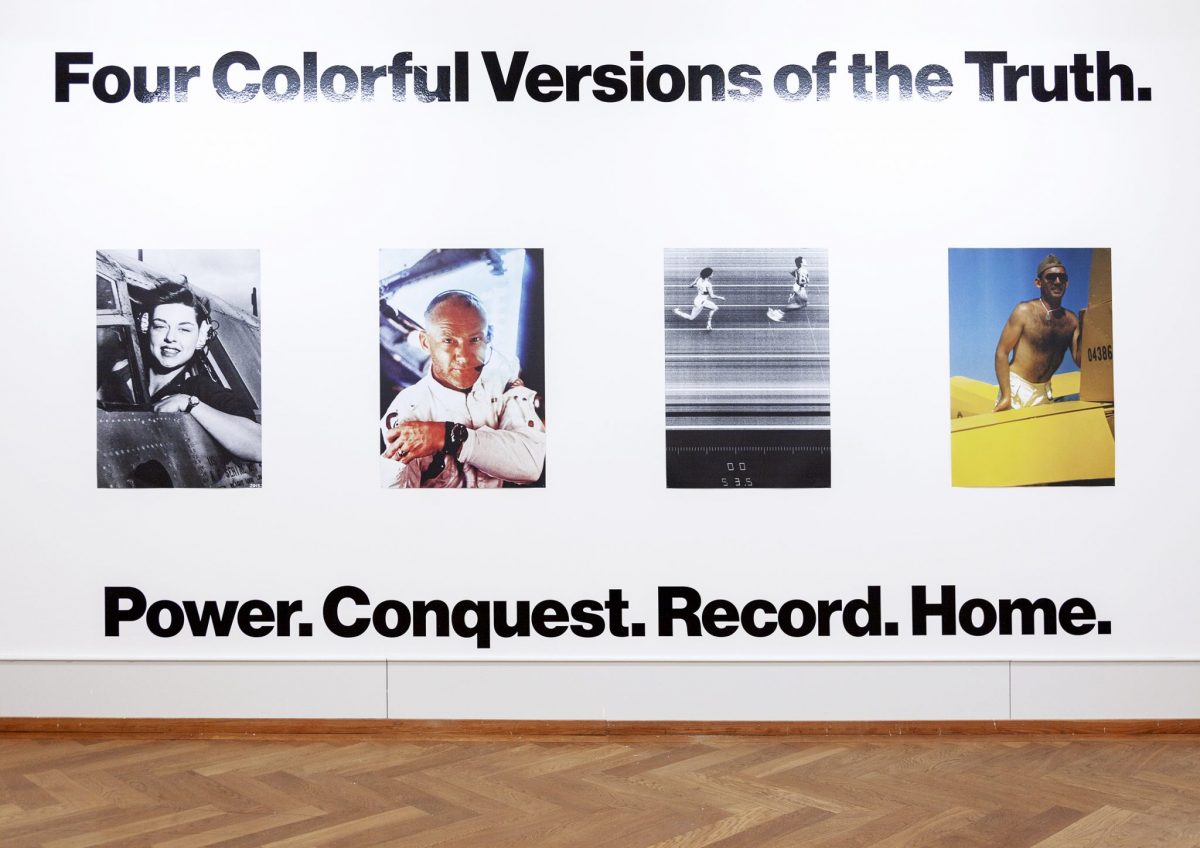 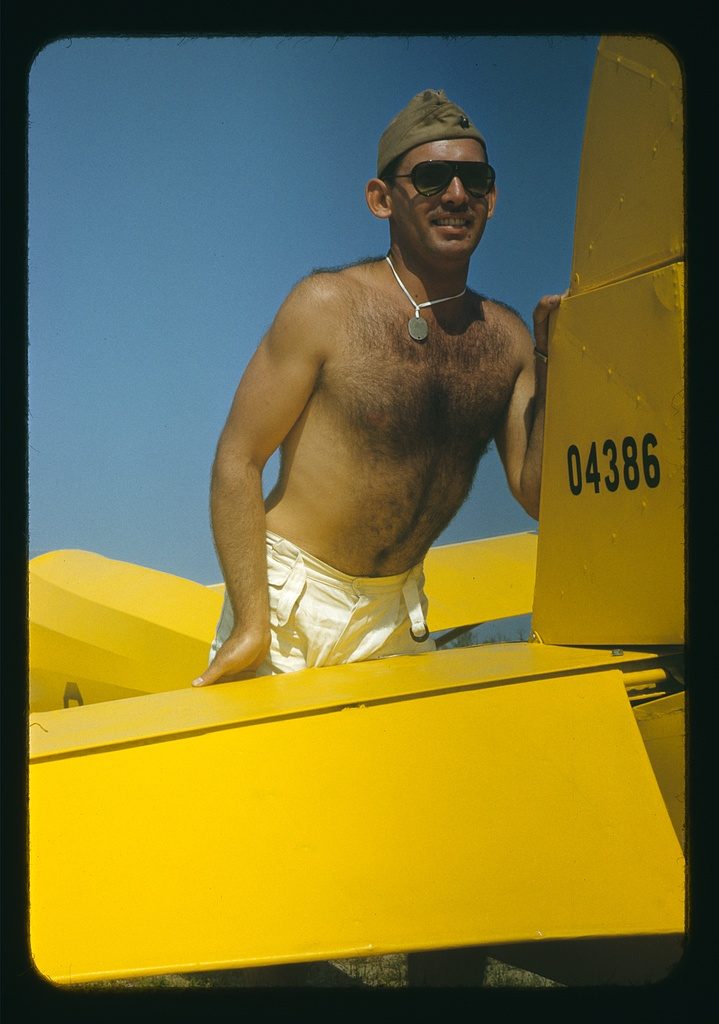 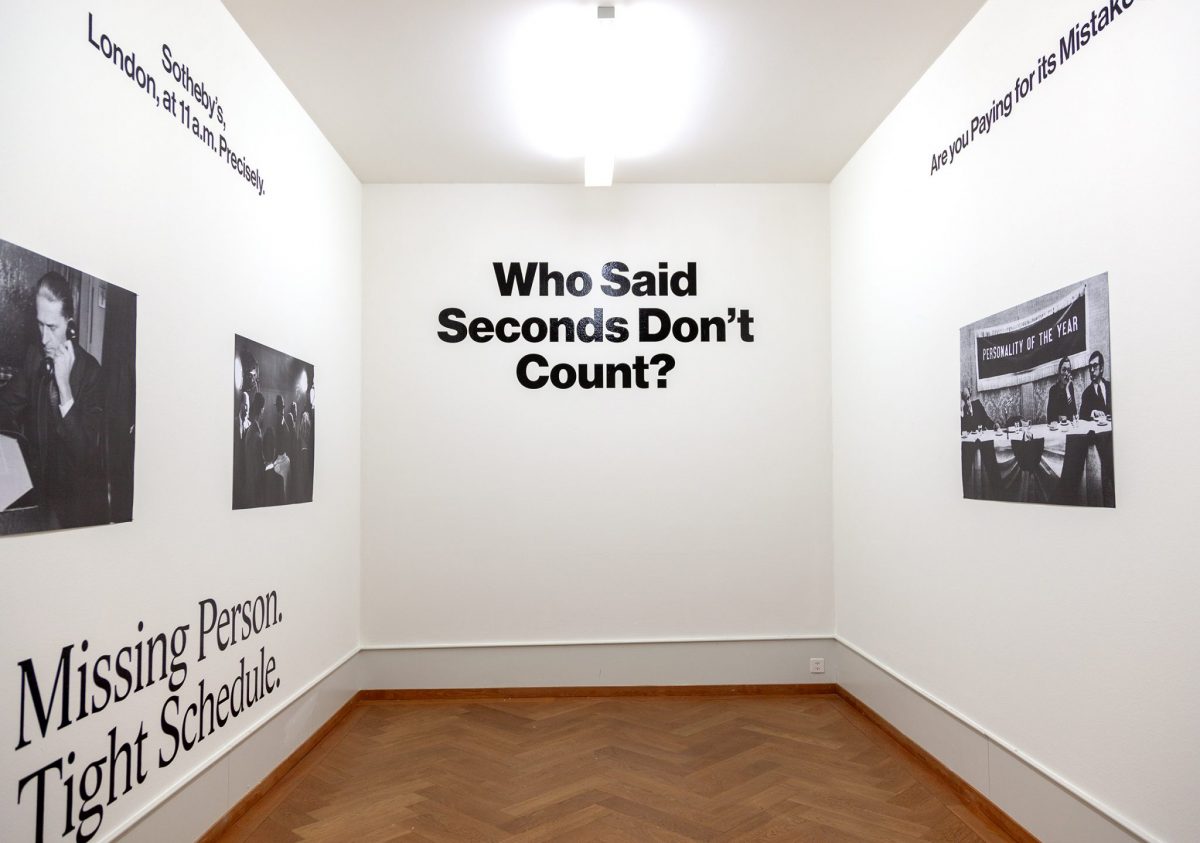 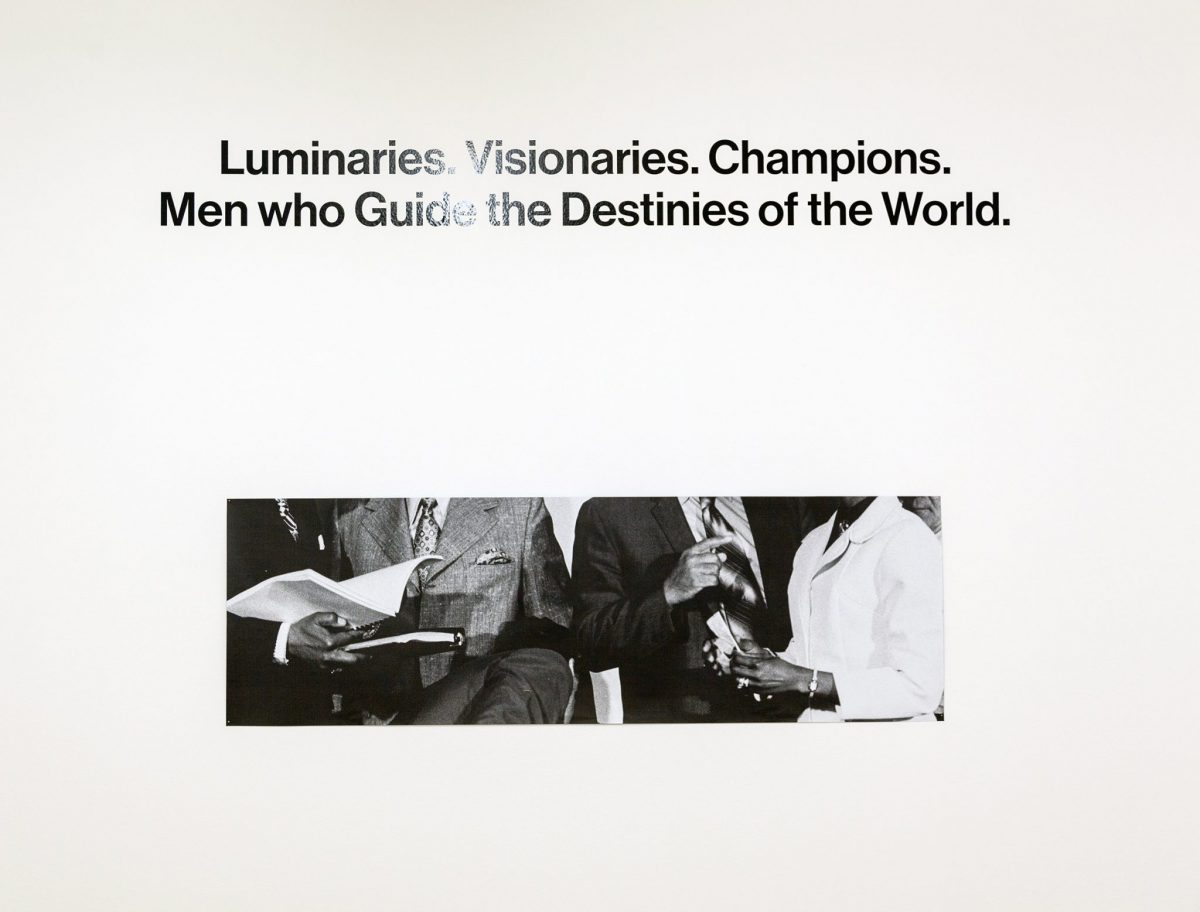 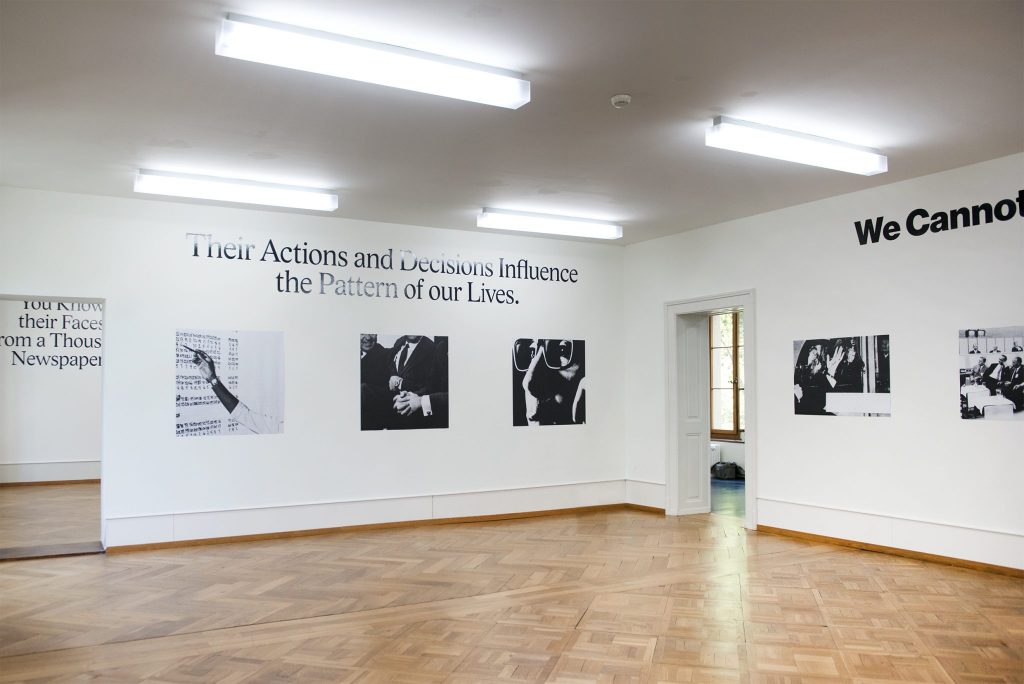 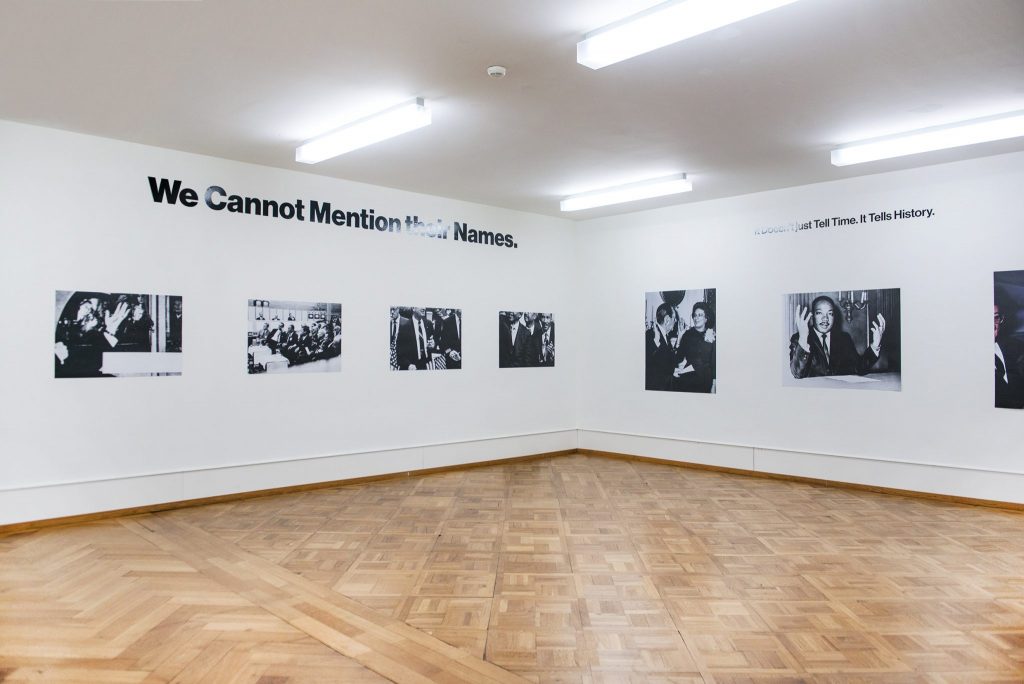 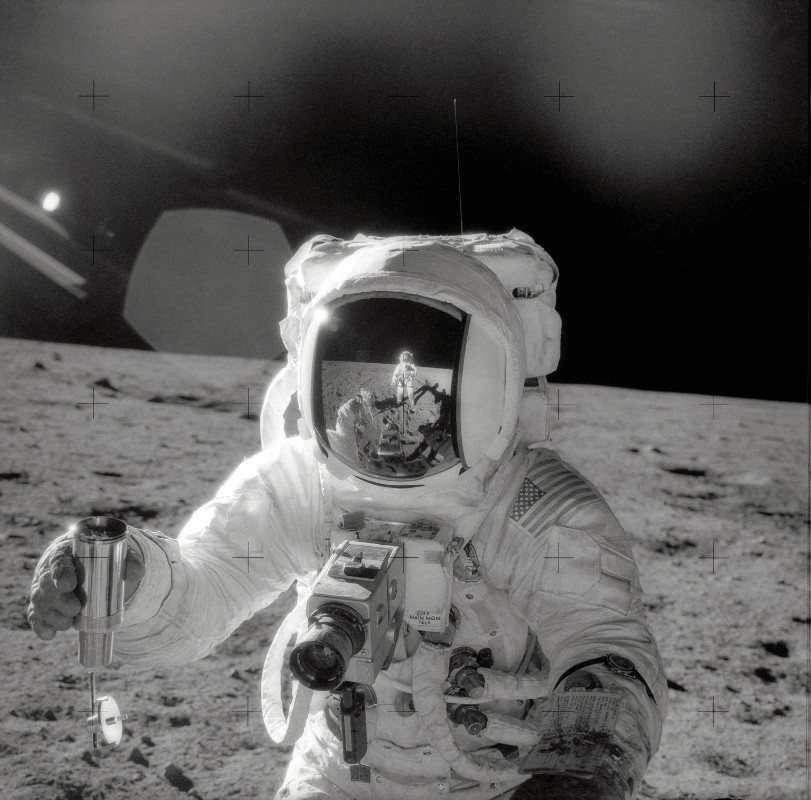 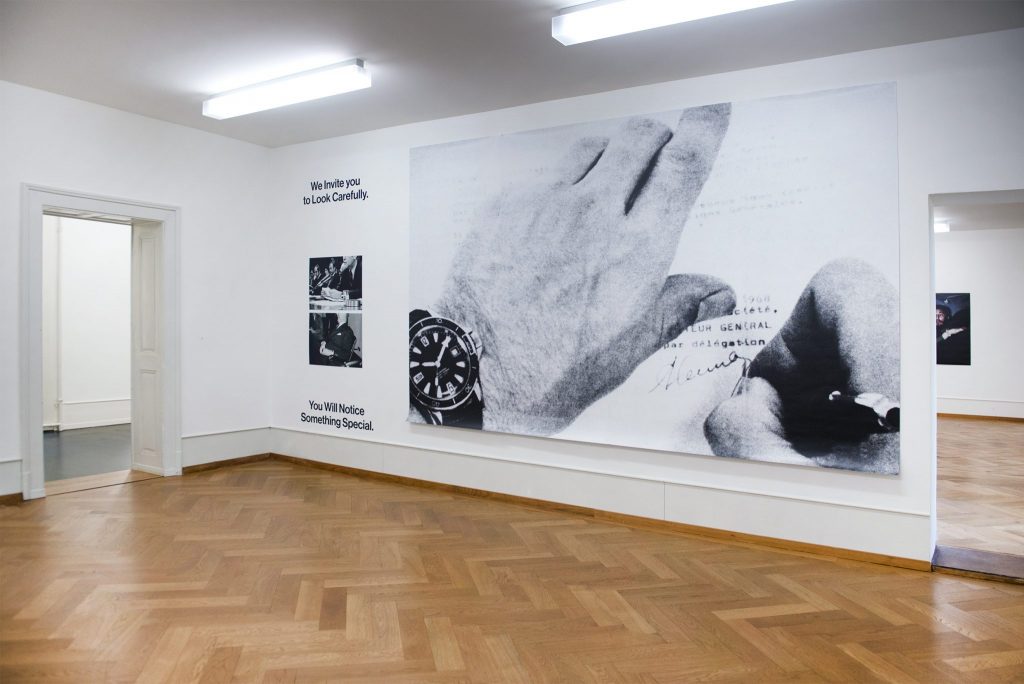 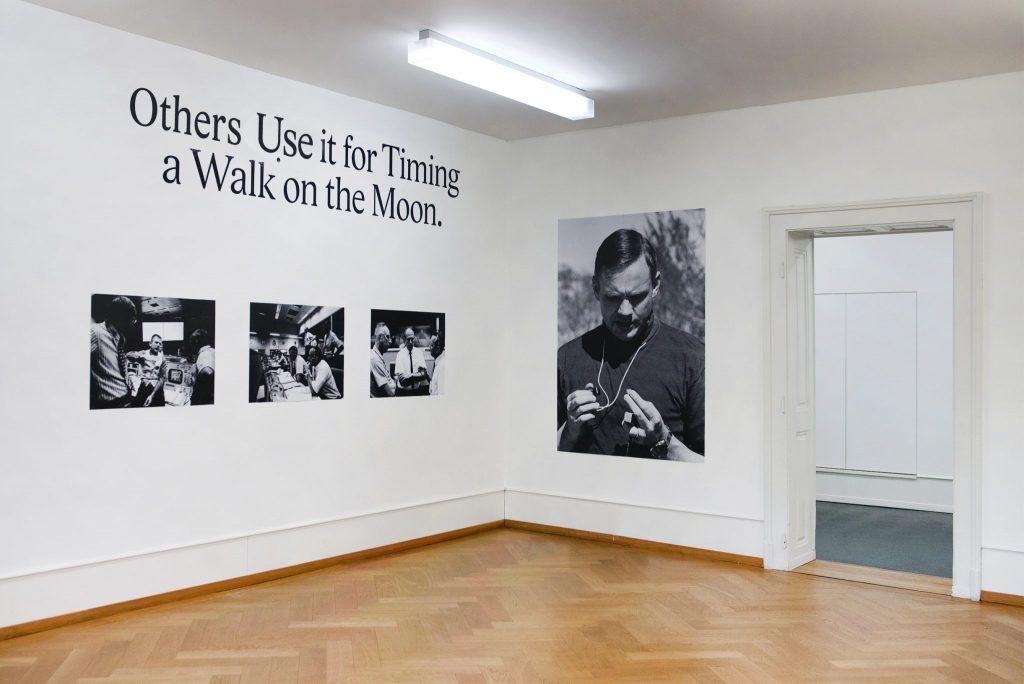 Zeitspuren – The Power of Now considers the aesthetic, material and cultural significance of time within contemporary visual histories. Bringing together the work of approximately 35 international artists, this four-part exhibition explores how artists have challenged hegemonic temporalities of labor, leisure, statecraft, memory and technology through exploration of the phenomenological dimensions of time.

As a starting point for the exhibition Time and its Discontents introduces the intersections of labor and time. The works in this section build critical and playful narratives around the ‘discontents’ of standardizing durations of living, work and leisure. Capture: (Documenting and) Staging Lives explores how daily temporalizations intersect with artistic genealogies using quotidian and more fantastical methods, while Sculpting Time explores the material processes of historiography, focusing on artistic methodologies of ‘mining’ and excavation. The final section, (Speculative and) Planetary Temporalities, moves through the accelerated temporality of digital connectivity, considering the stakes of ‘liquidity’ for temporal, spatial and geographic collapse.

What is time and what impact does it have on us? Generations of researchers in the natural and human sciences have tried to understand it and have produced an abundant literature around this central theme of our society. Since Antiquity, various physical, philosophical, metaphorical and sociological studies have been conducted in this perspective.

The exhibition of the NMB Nouveau Musée Bienne is not intended to offer a synthesis of these innumerable reflections. Instead, it provides insight into different time dimensions and explores the effects of measuring time on people’s lives. From the multitude of words and expressions including the concept of “time”, 24 concepts were selected including “Free Time”, “Working Time”, “Waiting Time” or “Air of Time”. Through the exhibition, they are analysed from an artistic, archaeological and historical point of view, experimented individually or questioned according to their social relevance.