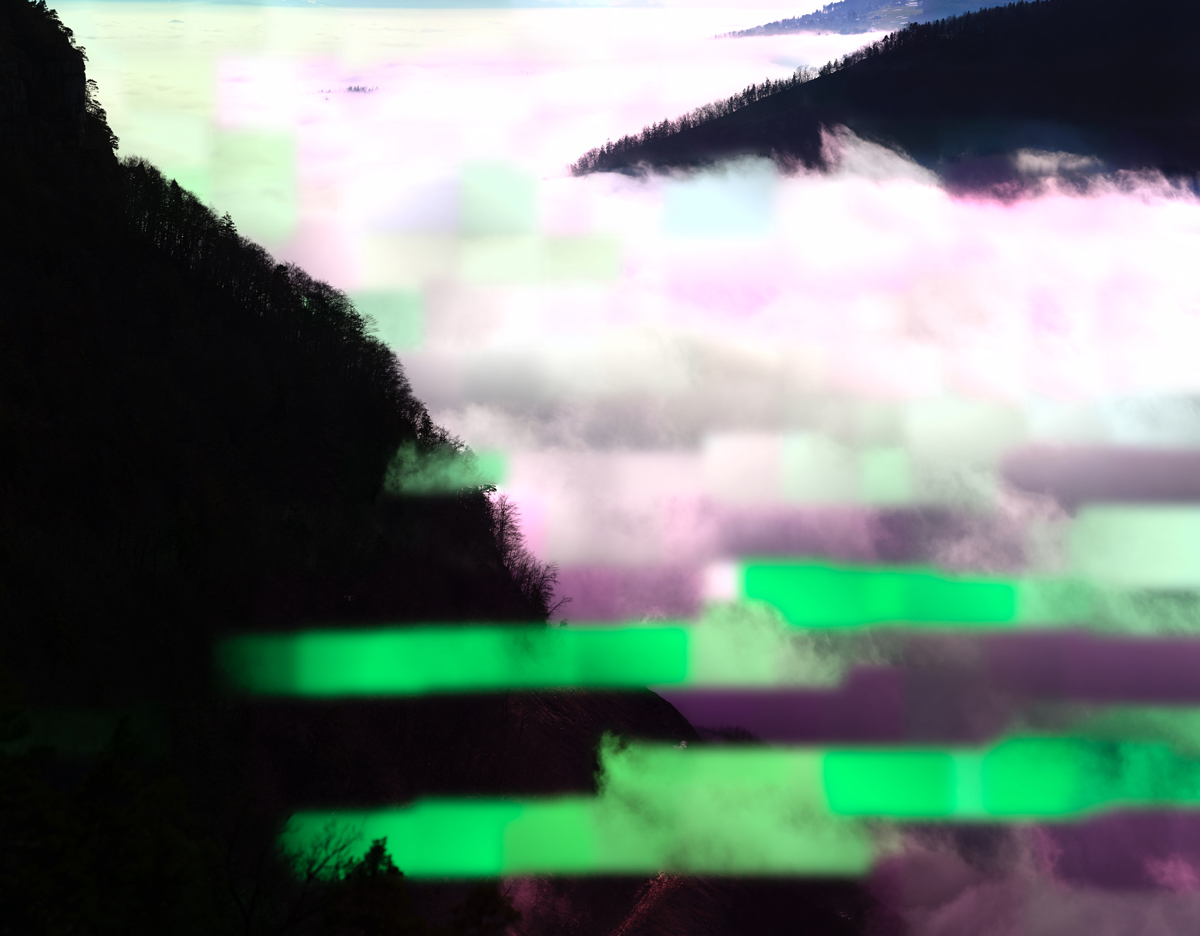 Due to the latest measures decided by the Canton of Bern on 23 October, the Photoforum is closed until further notice. All events have been cancelled or postponed.

Ricochet is the first exhibition of the long-term project by the Biel-based artist Rudolf Steiner. Initiated in 2013, this project encompasses several hundred photographic landscapes taken in the area of Biel and Rondchâtel, near the author’s studio.

There is a strange and fascinating beauty in these images, which appear simultaneously familiar and puzzling. Their photographic precision is challenged by unexpected patterns, textures and inconsistencies. We can guess that they are created through to the camera and the process of shooting, but their nature is not immediately decipherable. In addition to his formal research, Rudolf Steiner is offering with Ricochet a reflection on the role of art and the representation of landscape in the current context of the profound climatic upheavals that are affecting our environment on a global scale. Although landscape photography can be perceived a priori as a neutral form of expression, concerned above all with the beauty of a given territory, it is nevertheless almost always revealing of the relationship between man and his environment, of the ideals and fantasies that he harbours towards nature, and finally of the image that a society forms of itself. At the time of the Industrial Revolution, for example, artists were depicting grandiose and immaculate landscapes, when nature was undergoing brutal transformations due to the frenzy of human activity.

Ricochet’s photographs are made using a photographic robot that generates several dozen contiguous shots before assembling them by computer. Used in this particular way, this method of making images sees errors accumulate since, during the 10 to 30 minute shoot, the light and weather conditions change and generate visual aberrations. They symbolically echo the transformations inflicted by man on the landscape, and the loss of human control over these phenomena. Rudolf Steiner’s landscapes are both disconcerting and visually very attractive. In a subtle way, they invite the viewer to reflect on man’s imprint on the landscape, which is becoming ever more striking at a time when human activities are now profoundly transforming the climate.

The title of the series echoes ancient understandings of the mechanism of vision, in which the eye was thought to emit a visual ray that scanned the visible world in a manner similar to Ricochet’s method of shooting.

Opening Day
Saturday 19 September 2020 from 11.00 to 18.00
Free admission and drinks
Talk with Roger Eberhard in German at 16.00
Talk with Rudolf Steiner in German at 17.00
Mask mandatory during the talks

Talk with Rudolf Steiner and Johannes Binotto, researcher in the fields of media and culture
Thursday 29 October at 19.00 (in German)
In partnership with near. swiss association for contemporary photography 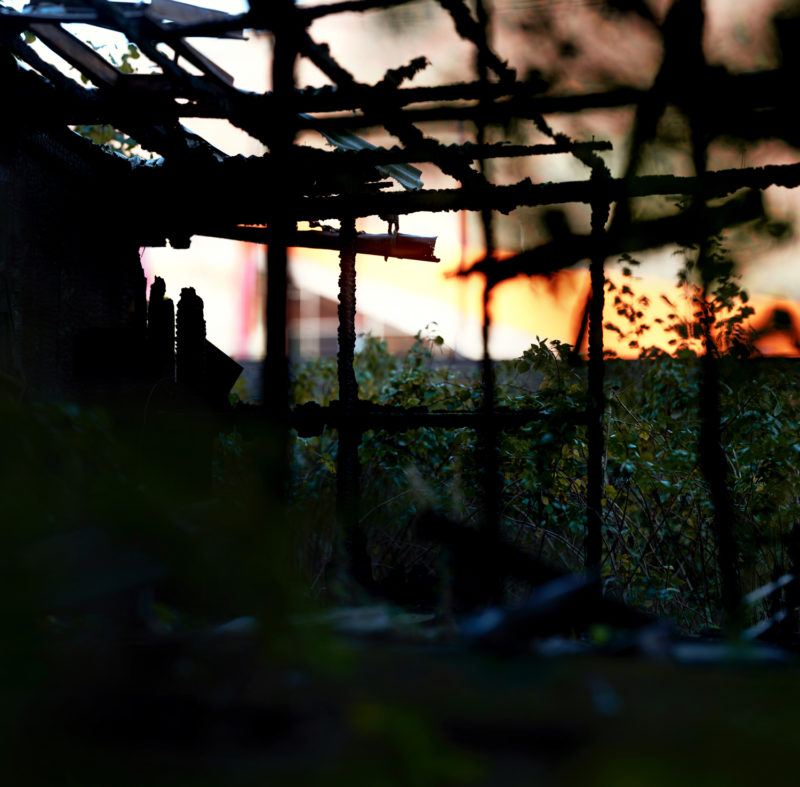 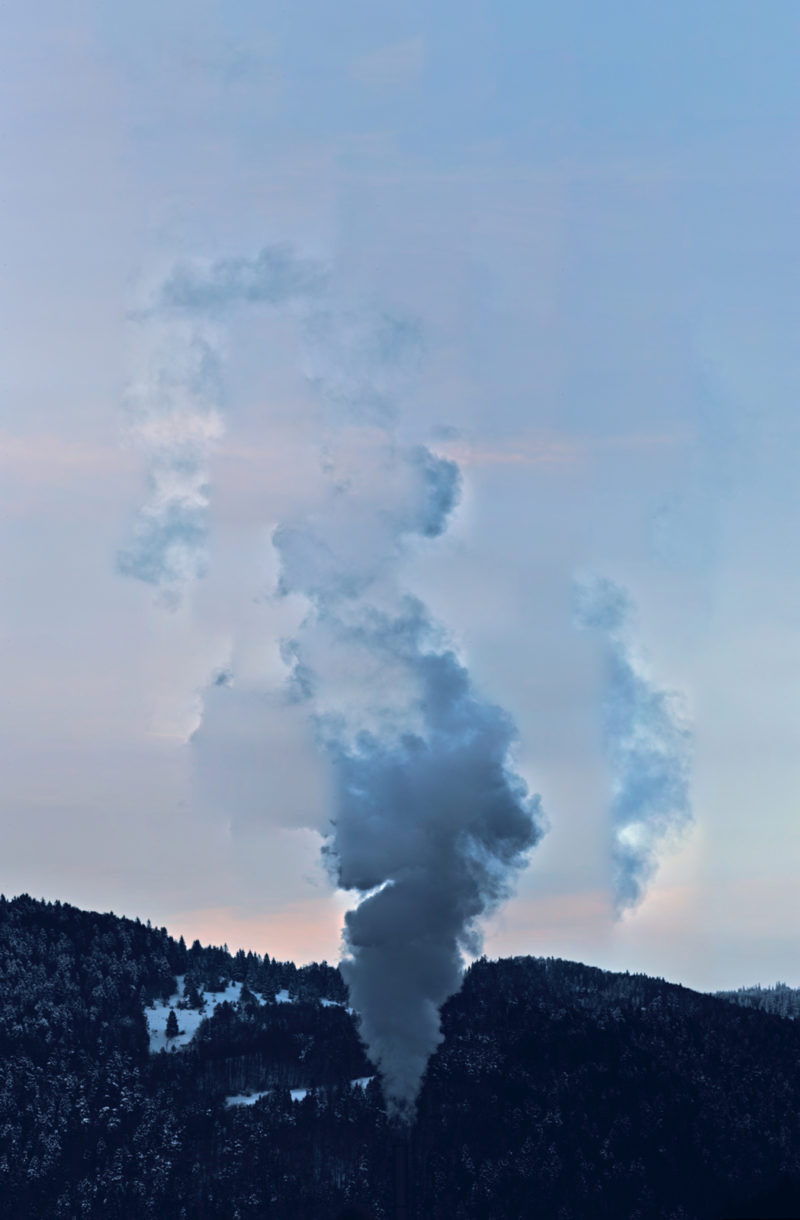 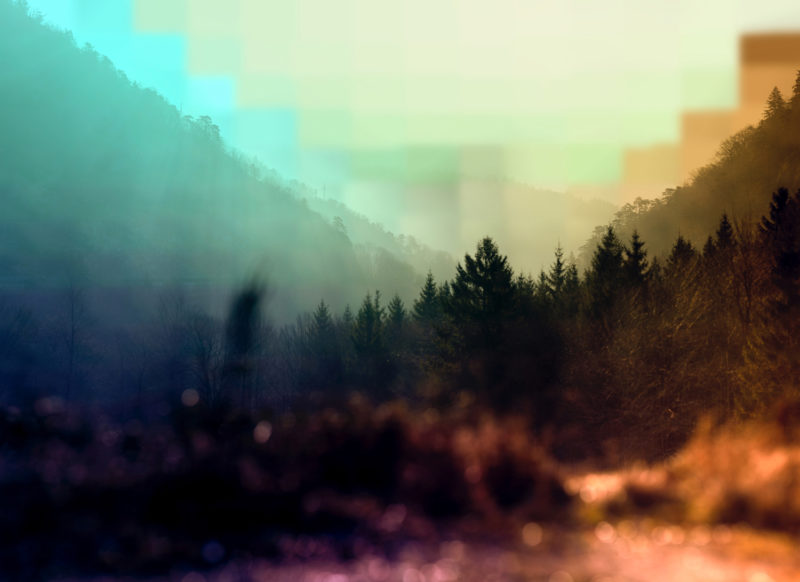